Pride Month May Be Coming To An End

Pride Month may be coming to an end today but the social concerns that brought us Pride Month continue year 'round. So, whatever our specific orientations and gender identities, let's remember that our sciences often fall short as safe spaces for everyone to discuss our research. The US is not an especially inclusivity-friendly nation right now - think of what the occupant in the White House and his allies espouse and put into policy (including undoing progress that took years of difficult work to accomplish). I am well aware that transgender scientists still get discriminated against and are publicly bullied by peers (very obviously so on social media) who really should know better.

In the meantime, enjoy this wonderful post. I love the logo (see below - nicked from the same post). And I love the notion of a more inclusive science and society. 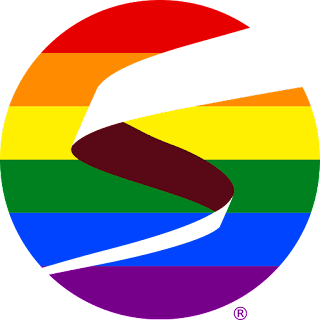 Posted by James Benjamin at 12:02 PM No comments:

The summer continues, and I am balancing online courses with professional and personal travel. I am also trying to clear my desk of data sets collected during the time I was working on the meta-analysis that got published last year. Those data sets are simple replication studies and I am mainly aiming for journals that are open source and access that are receptive to such work. Nothing prestigious, but that is not the goal. The point is simply to keep data out of the file drawer.

I am thinking through how to get back to the basics: mainly focusing on measurements relevant to my area of expertise. Although such work is often viewed as far from glamorous, it is vital. I think I have found some cool folks to work with. Part of my professional travel includes meeting up with some of these people. I am looking forward to it. Much of what I am doing is learning or relearning.

I hope to blog about my experience at SIPS. That is coming up soon. Probably won't post much of anything until later in July. Between what I was observing from the sidelines as the replication crisis unfolded and some professional experiences I wish could have been avoided, I became convinced that I needed to follow the lead of those who are on the front lines to change the psychological sciences for the better. I'll check out some hackathons and unconferences and soak it in. Then I'll figure out how to incorporate what I learn in my methods courses.

I have not had much to say about Qian Zhang's (Southwest University in China) work lately, but that has more to do with 1) a concern that I would be repeating myself at this point and 2) there are folks better positioned to force the issue regarding some serious problems with that lab's published work. It strikes me as prudent to let those who are better able to do so have that space to make it happen. If it makes sense for me to say something further, just know I will. I am sure that those of you who check this blog out know that I was genuinely appalled at what had slipped through peer review. That has not changed and as far as I am concerned this isn't over by a long shot. Let's see how the process plays out. I'll simply state for the moment that it is a shame, as quality research from outside the US and EU is essential to better understanding the nuances of whatever influence media violence cues might have on aggressive cognitive and behavioral outcomes. What I shared with you all about that set of findings only added to misconceptions about media violence, given that the reporting of the methodology and findings themselves was so poorly done.

For now, it's radio silence. I will return in a few weeks.


Posted by James Benjamin at 11:10 PM No comments:

Back to the usual summer routine

Summer started about a month ago for me. A few things typically happen the moment I turn in my final grades. First, I try to decompress a bit. That might mean reading some books, binging some series on Netflix, Hulu, or Amazon Prime, gardening, or day hikes and photography. Some combination of the above is inevitably involved.

Then, I get busy with prepping summer classes, prepping for my usual trip to the AP Psychology Reading site, some family trips (one major due to distance, and a series of day trips for family closer to me), and planning projects and papers for the upcoming year. The latter is becoming less of a priority for me. I have some data sets I need to write up and submit that got neglected during the time when I was heavily involved in a meta-analysis. One was submitted late in April and I don't expect to hear anything for a while. The other two will need to be dealt with sooner or later. Both are replication reports, and those are often not a priority for most journals. I have those outlined. It is just a matter of blocking out time for writing. Beyond that, I have a chapter due at the end of August. It is on a topic with which I have regrettably way too much familiarity (the weapons effect). I can write in a neutral tone, and given the evidence I would need to cite, neutrality is pretty easy for me. I am involved in some collaborative projects that are still largely in their infancy. My hope there is that my collaborators take the lead, as I really have no ambition to take on more than my resources allow.

I have good collaborators, and I expect to learn a great deal from them in the coming year or two. I am heading to SIPS in Rotterdam in early July. Normally I don't do conferences right at the start of a fiscal year, and especially conferences overseas. I have to front way too much money with little hope for reimbursement until several months have passed. An outside travel grant from DARPA made this trip just barely feasible for me financially, and the opportunity to meet with and work with people I know primarily through Twitter direct messages and the occasional phone call or Skype is just too good for me to pass up. I am hoping to take away from the experience some ideas for how to better retool some of my program's methodology courses - ideas that I can float to my departmental colleagues and hopefully implement a bit this coming fall and more completely over the next academic year or two.

A while back I made mention that one of the big lies that we get told in graduate school is that we are supposed to want to work at prestigious institutions, publish in A-list journals, win large grant awards, and essentially be famous. Like a lot of people in my position, I bought into that lie, and I fear that I compromised myself in the process. The last couple years were a bit of a wake-up call for me. If one is really intent on an academic career, there are plenty of ways of doing so and find the experience meaningful and rewarding. The R-1 and R-2 institutions are not necessarily ideal destinations. My full-time gigs have been at institutions that barely emphasize research and that cater to students who may simply want a 2-year degree, rather than a 4-year degree. I do some adjuncting at a community college. I find something meaningful in giving away something interesting or useful about the science of psychology (to paraphrase the late George Miller) at my current position. It is, in short, a calling.

In a sense, I think this summer is more one of self-reflection. I honestly have no idea what the final chapter of my academic career will be. I know I have a couple decades to coauthor it. I can say that if the experiences of the last couple years have awakened me sufficiently to focus on the truth at all costs, that's good enough. I was in a dogmatic slumber until a couple years ago regarding a lot of social priming research. I have been sufficiently awakened from that dogmatic slumber (to paraphrase Kant) based on what I have personally had the chance to analyze and based on my reading of the current state of the literature in my area of expertise. I am fortunate enough to work and live in a community that has been nothing short of kind and accepting to me and my family. That too matters a great deal. Let's just say that part of my self-reflection centers on that particular reality as well.
Posted by James Benjamin at 9:54 PM No comments: